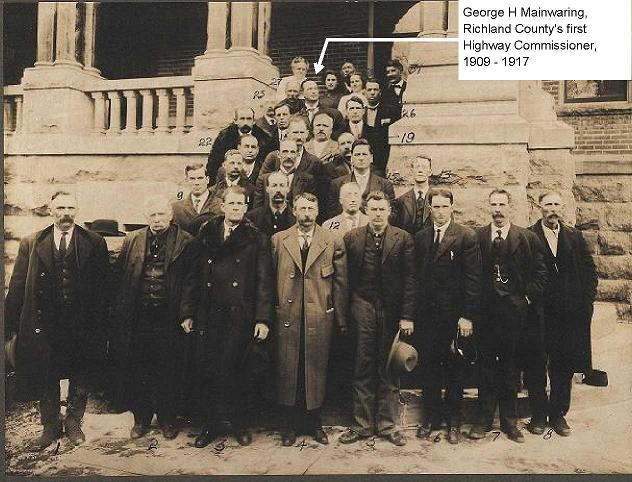 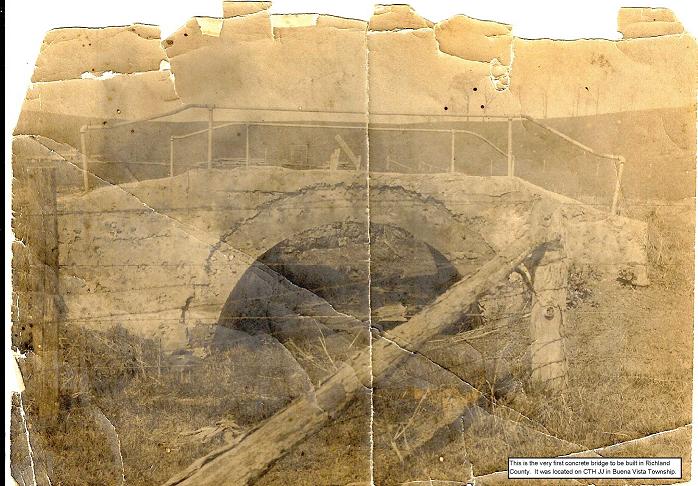 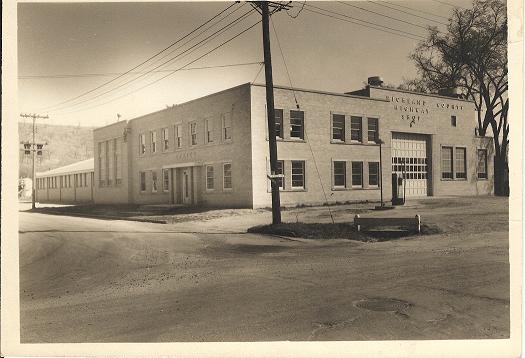 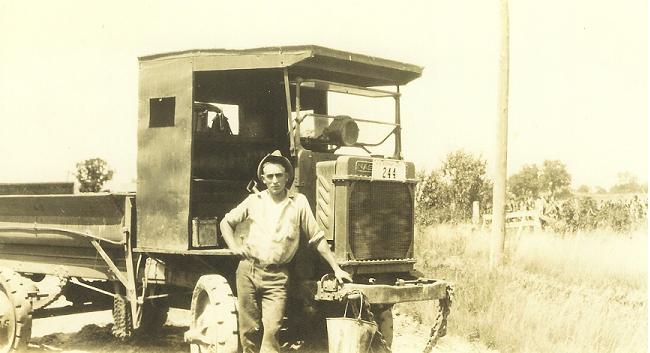 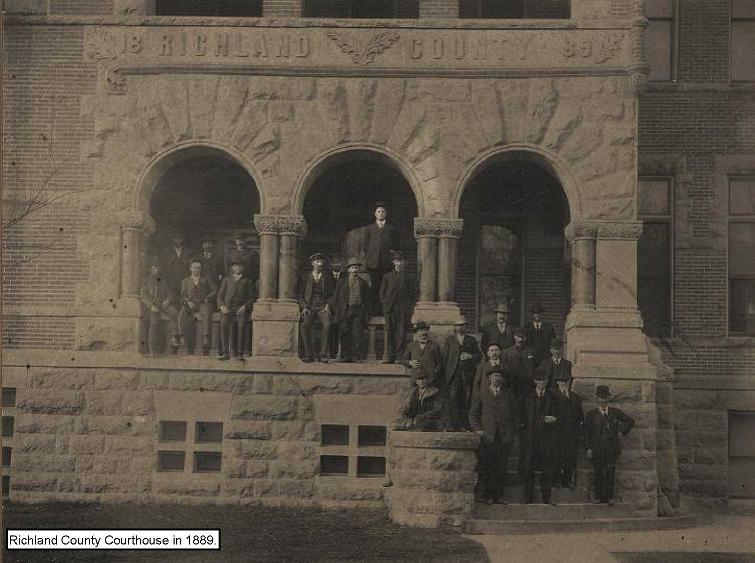 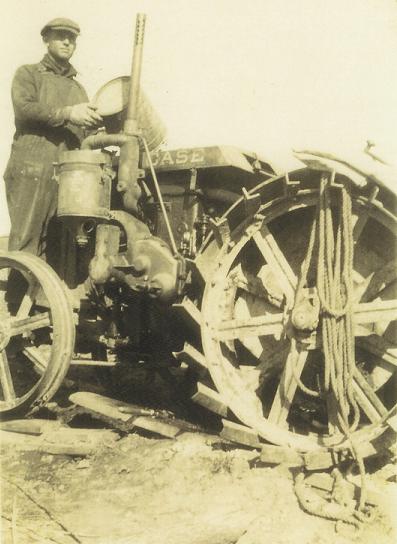 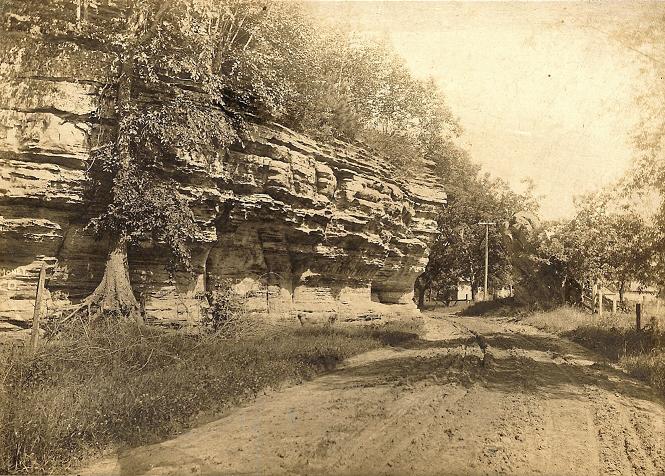 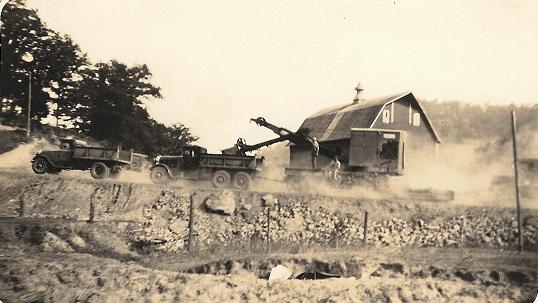 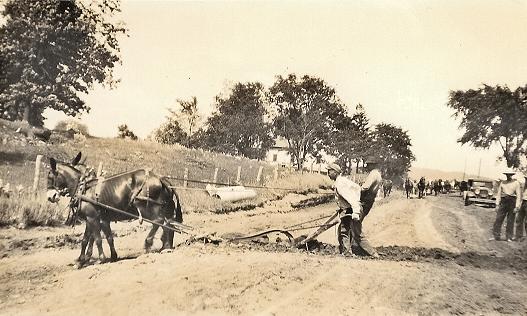 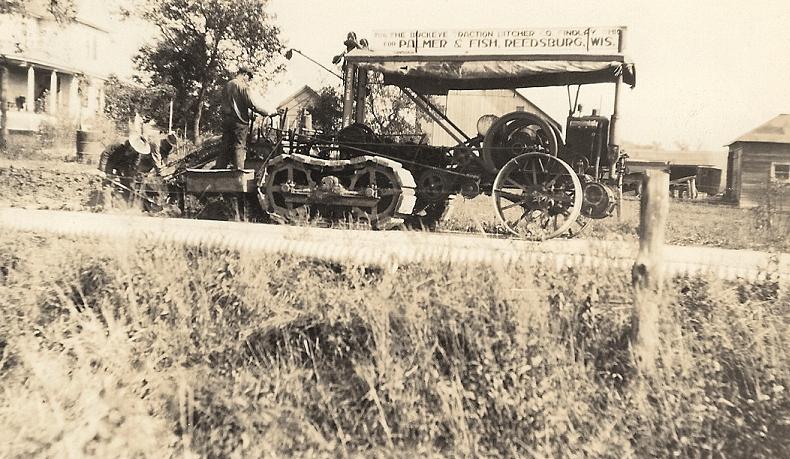 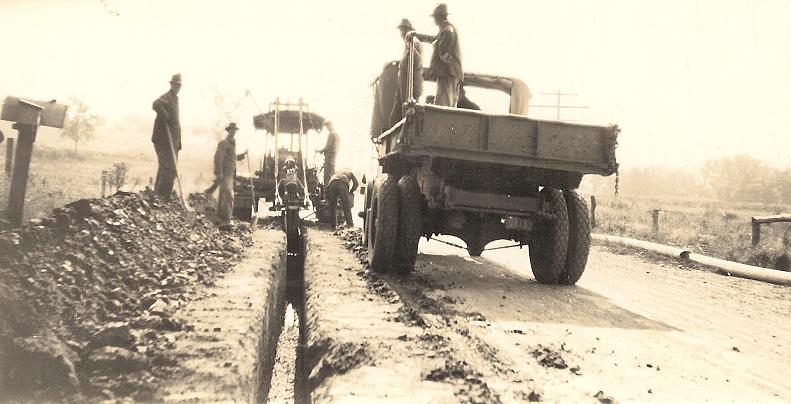 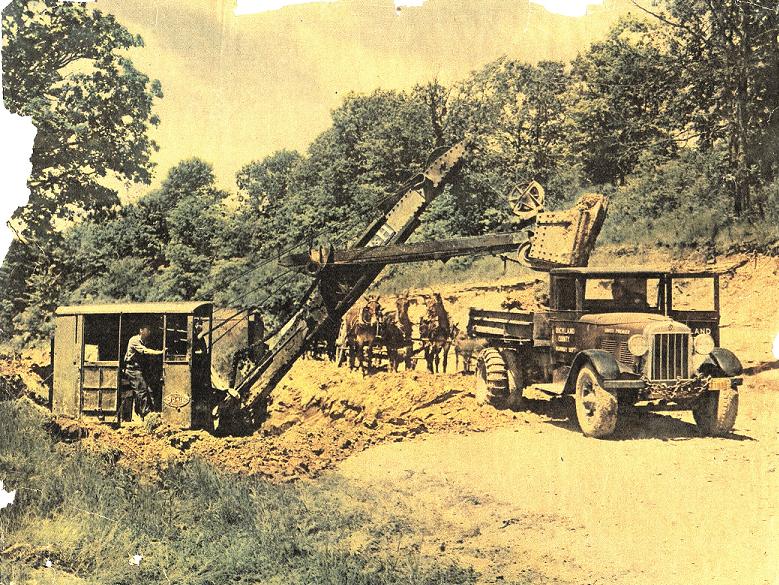 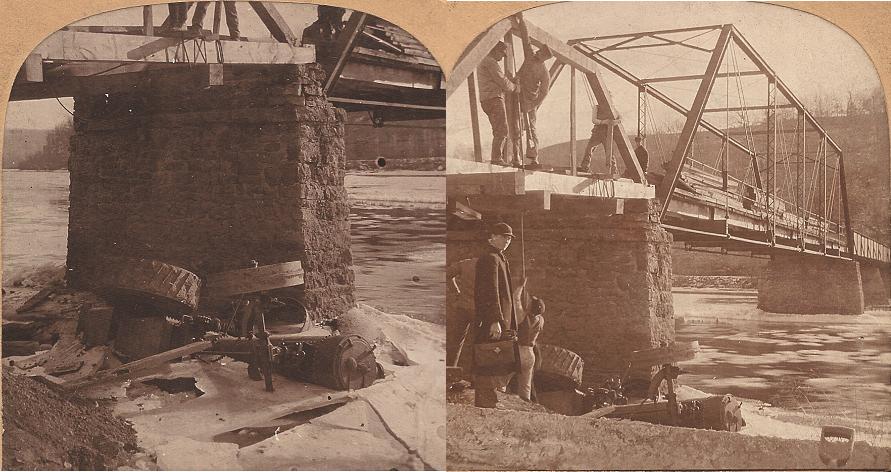 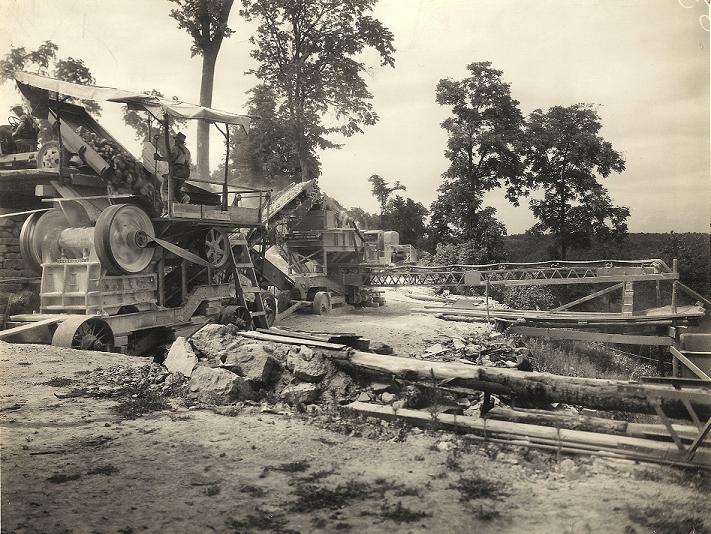 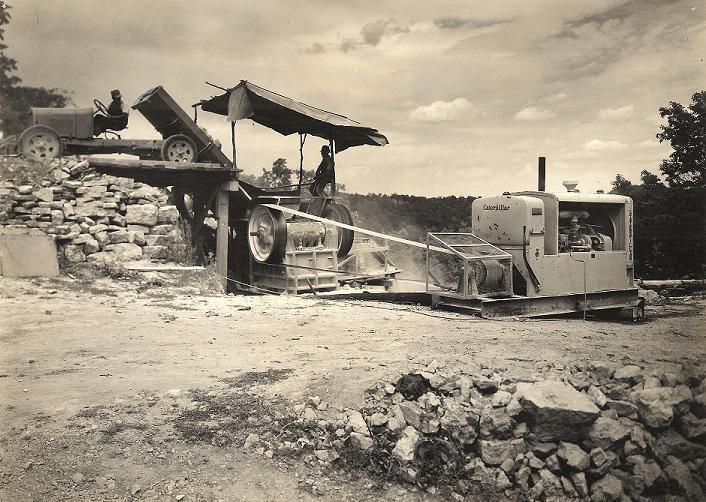 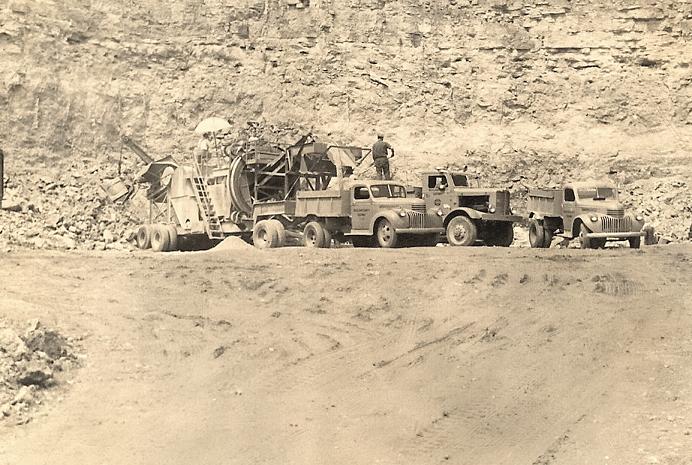 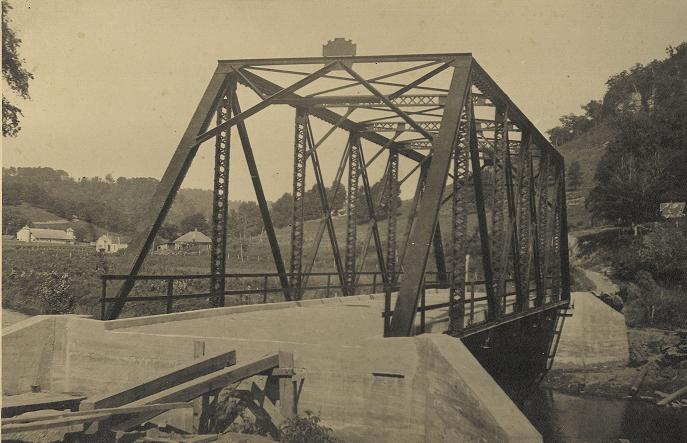 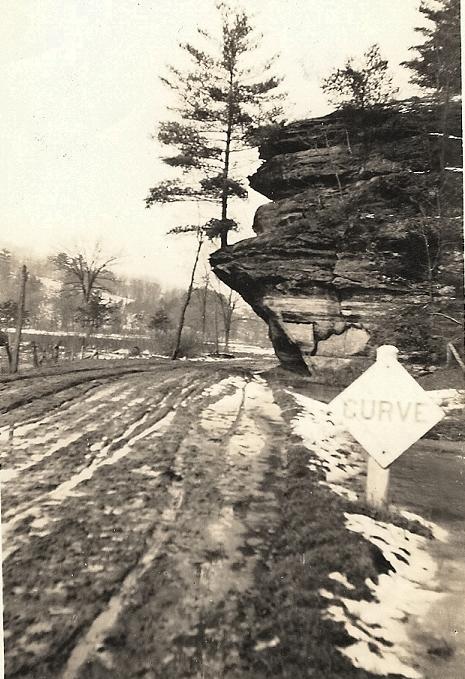 The general shape of Richland County is almost a square, except along the southern border, where the line follows the Wisconsin River, and is therefore of an irregular shape. Richland County contains sixteen townships; it covers 620 square miles or nearly 400,000 acres. The general character of the land is steep, bluffy hills and fertile valleys, and streams course down each dale. The earliest overland routes were Indian trails, which in many cases determined the route of early roads.

In the fall of 1845, Samuel Swinehart, one of the early Richland County settlers, joined a party of men and opened the first wagon road from Richmond (Now known as the town of Orion) to Rockbridge. In many areas, the “blazed” track through the woods was the early settlers only pathway or road available for them to travel the 70 miles or more to the nearest mills. The roads were frequently mud-clogged and rutted which made traveling hazardous and uncomfortable.

The newly appointed committee reported that it is in the best interest of this county that the said petitions, with restrictions, be granted; and the committee recommended that Garwood Green, Joseph C Clark and J W Coffinberry, of the town of Buena Vista; D L Downs, Charles G Rodolf and Napoleon Graham, of the town of Richmond; R M Miller, Jacob Rhodes and Reuben Powers, of the town of Richwood, be appointed commissioners to draft and compile charters, open stock or subscriptions for one, two or three plank and turnpike companies.

The committee held their first meeting at Richmond, Dec 20, 1856, and agreed that one road may commence at Richland City (Lone Rock), one at Richwood and one at Port Andrew, to run northerly in direction and end at a location as determined by the commissioners, with capital for all the highways not to exceed $20,000.

Richland County’s first recorded Highway Commissioner was G. W. Mainwaring who began his career in 1909. In his youth, he was a telegraph operator and then became a civil engineer. Mainwaring served Richland County Highway for approximately 8 years. He passed away at his home in September 1944.

Public support for permanent, safe and efficient roads spread across the state in the 1890s. A state-supported highway program was then established. The State of Wisconsin Highway Commission was created and appropriated $350,000 of state money to aid towns and counties in the construction of roads and bridges. The first work under this law was done in 1912. It was during this time that the State of Wisconsin Highway Commission required all counties to elect a County Highway Commissioner if they wanted to participate in the state funding. Richland County already had a Highway Commissioner as noted above. During the first year of this program, Richland County was awarded $2,840.85 to use on its roads and bridges. The policy for state aid for construction and maintenance was very successful, so successful, that the counties and towns petitioned for a total $823,000 of state aid for the following year of which Richland County was awarded $3,354.86.